“The level of service given to me is unparalleled to any accounting firm I have used in the past. I don't feel like they are my accountants, it is more like a family. I can sleep at night knowing Stortz & Associates is on my team!” –Sheila Fabrizio, Derek's Dream 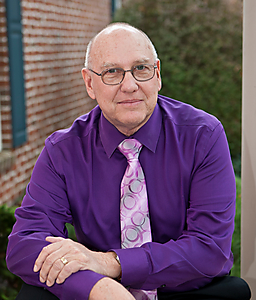 Like his twin brother Dave, Dan also served in the United States Air Force from 1965 to 1968 and completed a Tour of Duty in Vietnam. He then received an Associate’s degree in Accounting from Lehigh Carbon Community College and a Bachelor of Science degree in Accounting from Northern Arizona University. Dan started as a part-time team member at Stortz & Associates in 1979 before coming on board full-time in 1987.

Dan is a licensed Certified Public Accountant and also holds a Series 7 license as a Registered Securities Representative. He is also licensed in Pennsylvania as a Life, Fixed Annuity, Accident and Health, Variable Life and Variable Annuity Insurance Agent, and is a member of the AICPA and PICPA. Preparing tax returns is one of Dan’s specialties – especially estate taxes.

Dan enjoys playing golf and bowling and is married to Claudia Stortz. He has two children, eight grandchildren and two great-grandchildren.